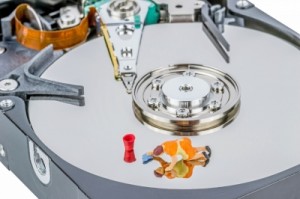 When a hard drive stops working or data loss occurs, the cause is either logical or physical. The type of recovery methods used to get your data back will vary depending on how the drive failed, so it’s important to understand what the differences are between logical and physical recoveries. Below are a few examples of some potential causes for both logically and physically failed hard drives:

These are just some of the problems we see on a regular basis, and there is often more than one problem with a failed drive. For example, a drive with a fried PCB may also have firmware damage and logical errors, making recovery much more complicated than it might initially appear.

If your drive has stopped working normally or you are unable to access your data, it is essential to contact a professional data recovery company before attempting any work yourself. The first attempt at recovery always has the highest chance for success, so don’t take a chance and jeopardize your data!