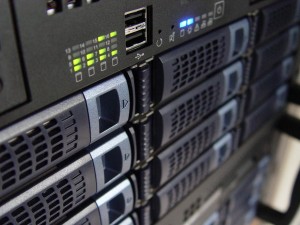 As a RAID user, RAID data recovery is a service you wouldn’t ever expect to worry about. Considering the investment, you may think that RAIDs are bullet proof storage media devices that you can completely rely on. Should the disk array unexpectedly fail, it is important that you understand the complexity of a RAID data recovery service before attempting any quick DIY fixes.

RAID (Redundant Array of Inexpensive/Independent Disks) is a data storage technology that syndicates multiple hard drives into a sophisticated single logical system for the purposes of data redundancy and/or performance enhancement. There are various RAID levels (RAID 0, RAID 1, RAID 5, RAID 10, RAID 6, etc.), and each comes with its own capacity-redundancy-speed ratios, as well as data recovery challenges.

Many end users and even companies often confuse RAID with a backup system, but it is important to differentiate between the two. RAID arrays can be used as backup systems, but only if there is another copy of the same data saved elsewhere. The confusion arises from the redundancy feature of a RAID, but as any digital storage device, RAIDs can and do often fail as well. It can be the result of a failed controller, one or multiple hard drive failure, or even a logical corruption, so make sure you always keep a proper backup system in place.

The Process of RAID Data Recovery

Due to the complex and customizable nature of RAID systems, RAID data recovery requires a highly technical expertise and a deep understanding of the logic behind the way that the data is laid out across the drives. If a RAID fails as a result of a multiple hard drive failure, the first step to recovering the data requires gaining access to the failed drives (some or all), preferably the last one(s) that failed, which would usually contain the most recent data. Rebuilding the unit is then needed before any data extraction can take place. Sometimes this stage takes a few attempts until the right configuration is found. Some RAID systems are more complex than others, which require a more careful approach.

When it comes to RAID data recovery, it is important to emphasize the importance of creating sector by sector image copies of ALL the drives involved prior to rebuilding the disk array as you never want to risk the possibility of getting anything written to or deleted from the RAID, which may result in an irreversible damage to the data. Therefore, it is recommended that a hardware write-protect tool is used during the imaging step to ensure that the original RAID drives are not altered in any way.

These days, we see a lot more proprietary RAID systems, such as Drobo BeyondRAID, QNAP, Synology NAS, and many others. The closed nature of these RAID systems adds another layer of complexity to the already difficult RAID data recovery service. This is because many of them use non-standard RAID configurations and/or combination of RAID types within a single system. In many cases, these unique RAID systems require advance reverse engineering to understand how the data is distributed across the hard drives.

In conclusion, RAID data recovery is normally a lot more complex than a single hard drive recovery and should be always handled by professionals. If you ever encounter a RAID data loss, it is highly recommended that you stop using the system immediately and refrain from any troubleshooting to avoid the possibility of further damage to the disk array. We often see clients that seek professional RAID data recovery service after some failed initial rebuilding attempts have been already made. This makes recovery a lot more complex, sometimes partial, or completely impossible, even when performed by the most skilled and experienced RAID data recovery specialists.