Headquartered in beautiful Vancouver, BC, ReStoring Data is a multi-award winning, industry-leading data recovery and digital forensic company specializing in the retrieval of critical data and digital evidence from all storage media, such as hard disk drives, SSDs, RAID arrays, memory cards, flash drives, smartphones, tablets, and more.
We are proud to have won British Columbia's Best Company Award for 2013 by Small Business BC, the People’s Pick Award in 2015 by the BBB, and most recently the 2016 and 2017 Consumer Choice Awards in the category of Computer Data Recovery and Forensics, and most recently named one of Canada’s 2017 50 Best-Managed IT Companies. We were also a finalist at the 2013 and 2015 BBB Marketplace Excellence Awards  for performance, integrity, and trust.Read More> 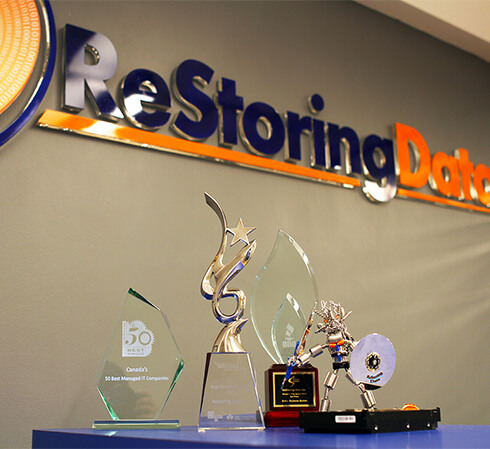