Whether you have a complicated business RAID configuration, or one that stores your family's irreplaceable data, we have seen it all. There is no one better to deal with RAID data recovery. We will get your system back up and running again with the utmost speed and security 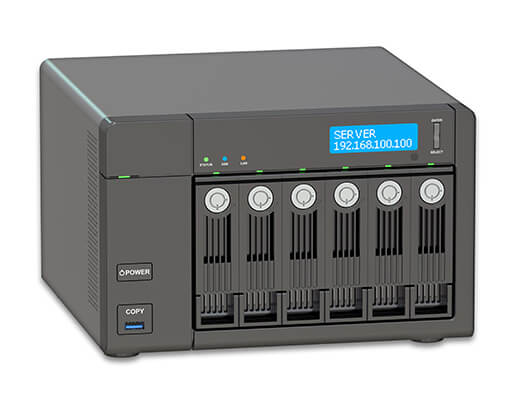 RAID ("Redundant Array of Independent/Inexpensive Disks") is an advanced hard drive configuration system, composed of two drives or more, that is designed to facilitate redundancy (also known as fault) by distributing data across multiple hard drives. This redundancy is crucial for businesses as it is designed to protect their data if one (and in some situations, even two) hard drive(s) fail physically.

Although they are designed to speed up data access and prevent data loss, even RAIDs are subject to failure. Common RAID failures include: problems originating in the controller, RAID rebuild errors, loss of configuration settings for the server, server registry configuration loss, accidental replacement of media components, and physical hard drive failure(s) within the unit.

Therefore, it is important not to mistakenly substitute RAIDs for proper and regular back-up practices.

The most common RAID configurations that are routinely handled in our fully equipped, class-100 clean room data recovery lab are:

RAID 0: Data is striped across multiple hard drives. This configuration provides the utmost speed. The main drawback of this system is its lack of redundancy.

RAID 1: Data is written to and read on both hard drives simultaneously (drives are mirrored). Because the data is identical on both drives, we normally treat RAID-1 recoveries as a single drive recovery.

RAID 5: This type of RAID offers both data redundancy and faster performance. With this configuration, any drive can crash and the data should still remain intact.

RAID 6: Similar to RAID-5, this RAID level provides distributed parity information, but it allows for two drives to fail while keeping the rest of the data intact. This configuration is normally presented in business-oriented/focused NAS units.

RAID 10: This configuration combines RAID 1 and 0, so the data is stripped (RAID 0) across mirrored/identical pairs (RAID 1) of drives.

RAID 0 + 1: This configuration is opposite to RAID 10; the data is identical on both stripped pairs of drives.

When dealing with RAID recoveries, the normal challenge is not so much the repair of the failed drive(s), if at all necessary, but rather the ability to rebuild the RAID correctly (otherwise, the data may appear corrupt). This challenge refers to the logical reassembly of data, which can only be achieved properly when there is a deep understanding of the sophisticated engineering behind these machines (i.e. how the specific RAID configuration works). ReStoring Data’s award winning team is the industry leader in recovering from any RAID, regardless of the number of drives, file system, or configuration, providing you with the highest RAID recovery success rate possible! We achieve successful recoveries from basic 2 drive configurations to the most colossal and complicated ones on a daily basis.

If the drives are physically healthy and time is of the essence, or you simply prefer to keep your RAID in place, we can often provide a remote RAID data recovery service. Please contact us for details. 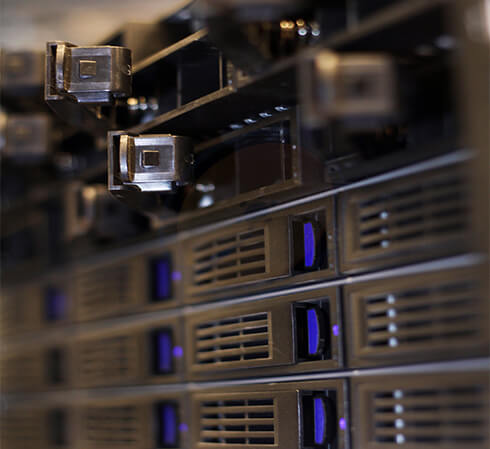 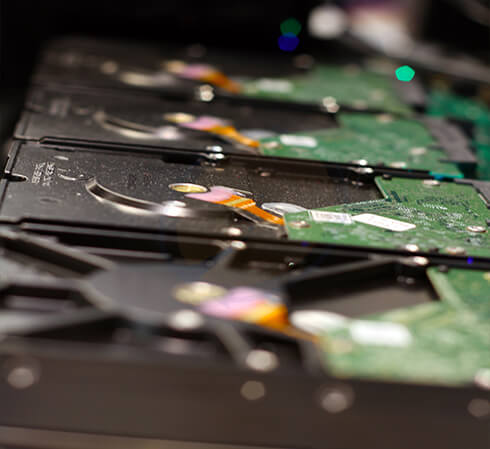 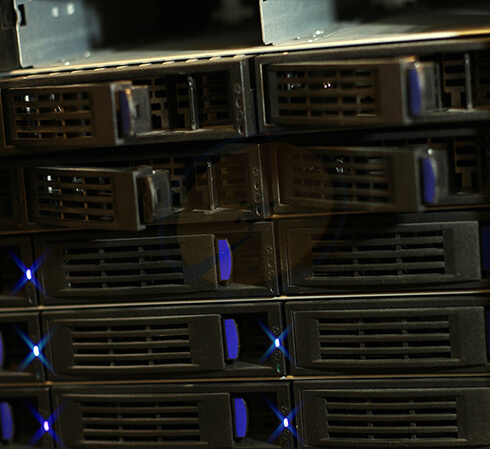 Straightforward pricing is set through our no-obligation, free evaluation. This provides you with a comprehensive assessment of the failure alongside a firm quote and a timeframe to restore your data.

Our attentive and knowledgeable case managers provide you with professional and accessible customer service throughout the entire data recovery process, assuring your needs are always met with urgency and sensitivity.

Upon completing your recovery, a file list is generated and emailed to you, so you can rest assured that your data has been recovered. You only pay for a successful recovery of your data!

All successful data recovery services include 1 month of complimentary storage as a backup at our lab. It is kept on our servers to allow you enough time to back up your recovered data.

Free Shipping to Our Lab

To provide fair pricing and an accurate diagnosis, we must have your failed media in-hand. To facilitate this, we offer free shipping for all non-local clients whose media has not been previously tampered with (i.e. seals have been broken etc.).

Depending on urgency, we offer 3 options for service type (Economy, Priority and Super Rush) with the fastest option returning your data to you in as little as 24 hours. We will work beyond regular business hours and operate around the clock to complete a rapid and thorough recovery of your data.

We are very proud to have received many prestigious awards over the years, recognizing our dedication to technical excellence and customer service:

As the nature of our business involves dealing with private data, we commit to the absolute non-disclosure of any information or data supplied with, stored on, or recovered from your media. Your data will not be handled by any third party and will be destroyed one month after the data is returned to you (unless instructed otherwise).

All physical data recovery requiring internal work is performed in a Class-100 dust-free environment to avoid any potential contamination to the platters.

Our constant and intensive research and development produces leading data recovery proprietary tools that allows us to maintain the industry’s highest success rate and to often recover data where others had failed.

"We experienced a RAID 0 System Drive failure on one of our users workstations where the user kept approx. 6 month worth of important data. ReStoring Data was able to restore and return all of the important data back to us fully intact. Our experience with ReStoring Data has been nothing but POSITIVE with the..."  Read more

"Three weeks ago, one of our largest customers had a cascading hard drive failure on their RAID array. As we were not local to Vancouver, we scoured Yelp for the best data restoration company in the city and found ReStoring Data. Ilana and her team arranged for a courier to pick up our failed drives from..." Read more

"On the verge of delivering our television documentary for its premiere at the Vancouver International Film Festival, our RAID had a critical crash. ReStoring Data was able to recover 100% of the information and we were up and running four days later. I can't tell you the number of hours and dollars we saved, but most..." Read more

"I cannot thank you enough for the work you did getting our computer going again. You have no idea how much stress and money you saved us if we had lost our data. The most critical data was in this RAID. Job well done" See more reviews